When is a Muse Not a Muse?

The man on the left is Henry Rollins. He is a punk icon from the eighties. He has continually re-invented himself as a musician, poet, publisher, activist, radio and TV host. If you ever get a chance, go see his spoken word tours. He's funny, smart, strong and not hard to look at either.

He is my muse. I've been a fan of his since I read the lyrics from 'Grip.'


The man on the right is Bruce Dickinson.
He's been the lead singer of Iron Maiden for more than three decades. He's also an author, songwriter, world-ranked fencer, and commercial pilot. He hosts his own radio show, brews beer and has a company called Cardiff Aviation dedicated to aircraft maintenance and pilot training. Is there anything this guy can't do? He's fighting cancerous tumors at the back of his tongue and if anyone's going to beat cancer, it's Bruce. I believe he is invincible and he is my number one muse. Always has been.

The person in the photo below is no longer my muse. All the good this guy ever did is over-shadowed by the fact that he is facing appalling charges of sexual assault. I want to rant. I want to burn up my keyboard with my disgust and rage. But my husband reminds me that he hasn't been charged yet. My words would be tantamount to slander. 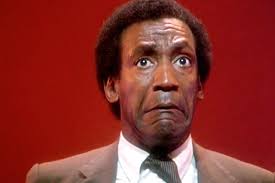 In the past, I have called this television personality my third muse. I'd like to publicly renounce those statements. Convicted or not, this will be the last time I mention the name 'Bill Cosby' and the word 'muse' in the same sentence.


I guess from now on, I'll stick to old rock stars to be my writing inspiration. And to think...Parents used to be afraid of metal/punk musicians corrupting their kids!

Diving in with my Heels On.

So I bought this book called Writer's Market 2015. ( Robert Lee Brewer, Editor) Brilliant stuff. If you are a writer, you should get one. I bought it because I need to know the best ways to market myself, and how to write an effective query letter. Not to mention, this book is stuffed full of the names and addresses of editors, agents and publishers and what they are looking for. Actually, that was the main reason I bought it, but I got MORE.

I'm at the part where it tells you how to build a Platform.

Platform? I know what a platform is. You can dive off a platform. Platform shoes make you taller. Right? Not exactly apparently. I've just learned how to dive into a platform to make myself bigger, that's for sure. Am I the only writer who didn't know about this? It's not hard to do...in theory... but I think it will be hard to build. I hate being in-your-face and trying to push a sale.

Essentially, I've learned that one must use social media such as Facebook and Twitter to gain followers. Other things you can do to build a platform include mailing lists, newsletters, and street teams. Hoo-boy.


So here's the plan: First I'd like to thank the bloggers and fans who've been tweeting their reviews like confetti for me. I've been retweeting them. Thanks for making it easy to make myself look good.

Thanks ladies <3 I deeply appreciate it. Thanks to Norm R. Peterson too. I saw all those retweets :) I'd like to thank all my Facebook bloggers too. There's a long list of you to thank too.

I've been a bit of a Twitter snob, going about things all wrong. I didn't see the point of following people who didn't seem to have much in common with me. NOW I get it. It's about Networking. It's about building a platform and staying in touch. It's about supporting others as well as yourself. It's my own fault if I find Twitter boring, because I haven't connected.

Had My Cake and Ate It Too.


I just had the best birthday weekend I can remember in a long time. The fact that I CAN remember it is pretty amazing. My FRIENDS are amazing!! It snowed for my birthday...It always snows for my damned birthday! But they braved the roads for me, and I love them all for it. They gifted me with their presence and a few presents, and it was wonderful!

Duane brought a cake. It was a white cake with a vanilla pudding center. Rebecca gave me a fresh fruit bouquet. Sydney bought the pizza, and I provided chips and dips, a veggie platter. I also made jello shots made from champagne on the blue layer and Tennessee Moonshine on the red layer. I should mention that the moonshine came with booze-soaked cherries, which I put on top.Note to self: Add the sprinkles just before serving, or they will melt.

But the wildest food thing that happened that night came courtesy of my best friend Melaida. When she arrived, I opened the door and she had a cell phone in my face, filming me.  I think I said, "What are you doing with that?" Then I saw what she had in her OTHER hand!


Ever seen a writer become gobsmacked to speechlessness? Yeah, it was pretty damned amazing. I damned near wept. The cake is decorated with a Greek Mythology theme, with symbols of the gods all around. Spears for Ares, Thunderbolts for Zeus, Bow and Arrow for Artemis, A Fire for Hestia, A Lyre for Apollo plus a winged sandal for Hermes and an owl for Athena.

We all had a great time, and stayed up too late. The very next day, Me, Mel, and Sydney went to Krush with Mel's posse and did it again. And on Sunday, we rested. And watched Walking Dead.
I've had enough cake and pizza to last me another year, and I'm relieved  to greet the week in sobriety. You'd better believe I've been hitting the Wii in the basement. It's time for me to go back to writing, and get some work done. Oh wait...

Posted by Thoeba at 4:11 PM 4 comments: Links to this post

It's my Birthday, and I'll Play Like I Want to.

It's my birthday today!! I share a birthday with H.R. Giger, the artist behind Alien and much more, plus Don Cherry of Hockey fame, and Duff McKegan bass ace from Guns 'n Roses and Revolver. There's teensy pieces of all three of them in me ;) Which means I'm talented and obnoxious.

I have a weekend of fun and debauchery planned. Since I'm going to go back to work, this may be my last party for awhile, so I'm going to enjoy it. The nice thing about being 43? I don't care what anyone thinks.

So I'm having a Passion Party. What's a Passion Party? It's like Tupperware, but with sex toys. No, there will be no demonstrations. Oh, and they sell lubes and lotions too. If you're in the Edmonton area, and you want one of your own, here's where to reach Sherry, the lady who does them: www.ShersPassion.com  Why not?

I have invited as many friends as my tiny house will fit, and some of their husbands are going to be there too. Because some asked, and because why not? I get along with my friend's trolls, and would like to see how uncomfortable they get so I can poke fun at them. I know that some of them will NOT be embarrassed, no matter what. (I'm looking at YOU, Brad and Gerry!)

I have some friends from Calgary coming, and Sydney from British Columbia and she arrives tonight. I can't wait! Guess what? I've never met her in person before. My friend Jody introduced us through Facebook.

I'm going to have cake and pizza, and chips with dips. And Monday I will grow up and be as much of an adult as my personality allows. So wish me a Happy Birthday, because there's only one way out of getting older...
Posted by Thoeba at 11:05 AM 2 comments: Links to this post