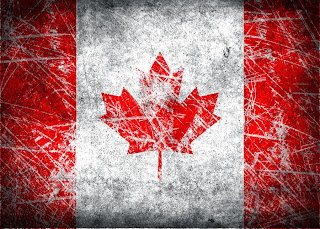 Canada is celebrating 150 years as a country, and I am soooo proud to be Canadian. Here's why:

Multiculturalism: Anywhere you go in this country you can experience a smorgasbord of culture and diversity. Ever been to Heritage Days? Go! There are pavilions of food, dance and merchandise that are irresistible. I own two saris, thanks to my friends across the street. They are Fijian, and Tara makes the BEST curried chicken livers you will ever taste. I don't even like curry, but I can't resist hers...creamy with just the right amount of spiciness. I love them as family. If you get a chance to experience a culture not your own, do it! And share yours with them.

Hockey: We all love hockey. It's not our national sport, but when playoff season comes and our teams made it....everyone is a fan. Because it's REALLY FUN to watch. Exciting. Yes, American teams always win, but most of their players are Canadians. Not kidding. Google it.

Our National sport is Lacrosse: Google that too.. It involves people catching a little ball in tiny nets on the end of sticks and the pros make it look easy. It's not.

Beer: We make pretty awesome beer. Molson Canadian, Labatt's, Kokanee and too many craft beers to mention. I like mine with Clamato juice, which is another tasty Canadian invention. Tastes like thinnned tomato juice with savory salty elements of clams. It's subtle.

Clamato juice: I could drink it straight. When I'm certain in writing modes, I like to make a 'virgin caeser'. The real caeser drink was invented in Calgary, Alberta, and predominantly made with clamato juice, vodka, Worchester sauce, a hint of lemon juice and Tabasco sauce,  and celery salt on the rim. When I first started drinking, it came with a celery stalk. Nowadays you can get it with bacon, pickled asparagus or a bean pod, or even half a grilled cheese sandwich. Anyway you drink it, it's brilliant. 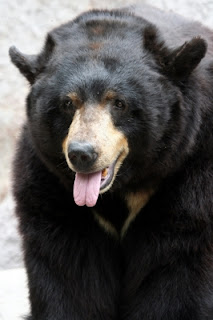 Canadians care: We rally. We take care of our own and others. Nine -eleven saw Newfoundland opening their homes to grounded people around the world when jumbo jets were forced to land in their airports. Newfoundlanders, known for their open hearts didn't fail them. There are still stories of their generosity.

When Alberta suffered a drought, Ontario farmers drove tractors hauling hay to feed our cattle, over a THOUSAND miles to feed Alberta cattle. Does anyone know how important that was? Alberta is normally a rich province, so we send fire fighters, grain, volunteers and money where needed. We all take care of our country and the people within it..

Healthcare: Ending on a serious note, but the more I see American politics, the larger my gratitude for our system. We all pay for it, whether we need it or not. But we'll all need it eventually, for one reason or another. I've seen the bills that American people post on Facebook. I can't imagine what it must be like to endure thousands of dollars of surgery---and then try to recover with the knowledge that you have thousands of dollars of debt because of it. And for the families....Just because you don't want to die or live with excruciating pain. Awful.

My point is: It's good to be Canadian. I wouldn't live anywhere else in the world.
Posted by Thoeba at 12:24 AM No comments: Links to this post