I am NOT having fun. I've finally sent my novella off to beta readers, and have had reasonable success formatting Chasing Monsters in order to send off to agents and publishers. Time to get on it. The first agent query went out  on the 24th.

So I decided to page through the agent and publisher section of my copy of the 2015 Writer's Market with a highlighter. I'm almost sorry I did. Talk about overwhelming and discouraging! Page upon page of people and organizations with specific requirements and discriminating tastes. Even the avant garde looks daunting. There are several pages without the telltale neon yellow of possibility.

This one only wants Canadian content. This one, only wholesome Christian content. This one only Imprints, whatever that means. No unsolicited manuscripts. No fiction. No romance. Did you know there is a publisher that deals exclusively in vampires? They don't care about the word count or genre, just as long as it has vampires. No vampires, no publishing contract.

I got such a weird feeling. I had a visual of my cartoon self climbing a mountain. (Just a smallish one. No Kilimenjaro or anything.) I stood on the top, listening to loud murmuring from the ground. I yell, "HEY!! I WRITE PARANORMAL ROMANCE NOVELS!!" The noise lessens as groups of people leave. "I WRITE ANGELS, DEMONS AND GODS. PLUS REINCARNATION." It gets a little quieter. "I WRITE GRAPHIC SEX SCENES." By now, I can barely hear the voices from the Earth. "I'VE PUBLISHED TWO NOVELS, BUT I DON'T HAVE MUCH OF A PLATFORM." I'm greeted with silence.  No one out there is listening to me anymore. And I'm worried.

Now I understand the allure of self-publishing. I used to think, "Why would anyone want the hassle?" Now I know. The world of literary agents and publishing houses is an unwelcoming place.

But it isn't a reason to give up. I'm an optimist after all. I'm also an armadillo, and I will persevere.

Posted by Thoeba at 6:20 PM 4 comments: Links to this post 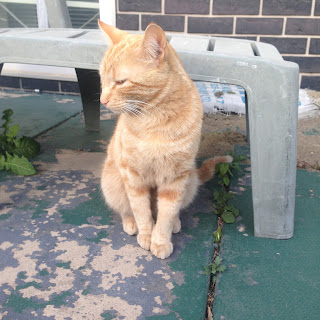 A writer never lets her readers dangle. One must tie knots in the ends of her threads, so here is the final Thor Report.

For those of you who don't know, Thor was the little orange stray we were trying to coax into our family. We were so close...I even have pictures to share. But we haven't seen the little cat with the big balls for weeks now. I guess it wasn't meant to be.

The last time we saw Thor, we fed him, and he let both myself and my husband hold him. He meowed a lot over it, but his body seemed relaxed. He stuck around for about fifteen, twenty minutes before trotting to the gate. He perched atop it, looking back at us. He looked reluctant. Like he was trying to decide if he really wanted to go. 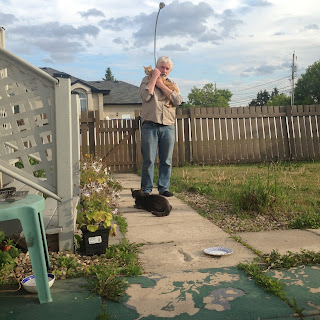 A few nights later, I dreamed I was holding him. He had a collar and tag very much like the ones we have for Spartacus Jones and Freya. I tried to read the tag, wondering if I would find our address and number on the tag or someone else's, but he wouldn't let me read it. He kept squirming, and I woke up.

After a few days, and much thought, we stopped leaving food out. We hadn't seen him at all, but the neighbor's cat started coming into the yard, and we suspect she'd been eating the food. I think Joyce, her owner, probably wouldn't appreciate us getting her tubby cat even tubbier.

So I guess Thor wasn't meant to be ours. I'd like to think he's safe in someone else's house. That we weren't meant to have him, but we were supposed to help keep him alive so he could find his furever home.

Further thought makes me question whether we should get a third cat after all. Freya is the Greta Garbo of cats, clearly wishing to be left alone. Spartacus Jones might want a sibling, but perhaps he wouldn't like sharing his Mommy with another cat. He's jealous of attention I give to Freya. 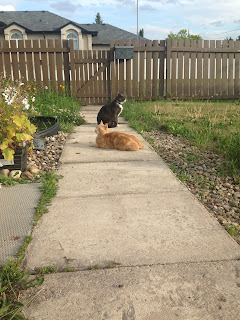 I guess we will remain a two-cat household, and maybe that's for the best. I'd like to think that if another cat comes into our lives, I will know when it's right. We'll see. Goodbye, little Thor. It was nice knowing you <3 If things don't work out...You know you have someplace to go.
Posted by Thoeba at 4:50 PM 2 comments: Links to this post 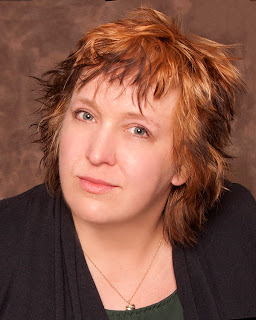 Last week one of my fellow author's on Facebook asked. "Is it rude to ask a reader for a review?"  He'd sent a contest winner a FREE  digital copy of his latest, and added "If you could leave a review, it would mean the world to me." Or something generic like that.

The response was an emphatic 'NO'. It isn't rude, not in our opinion. Every author does that. We all ask. We can tell you our novels are great, but doesn't it sound a lot less biased coming from someone else?

This author received a rather terse and detailed email telling him that if she'd known that he EXPECTED a review, she wouldn't have accepted the prize. That she was an English Major and she was FAR too busy to write a review for a book she might not have the time to read, and didn't even remember winning. She couldn't believe he'd had the audacity to ask!

How do I know? Unfortunately, he posted it. Let us all see the obnoxiousness that this woman poured forth.  Equally unfortunate? He posted his response. This included a snarling apology and reasons why he sent the prize late (death in the family) and how he didn't feel he was being rude or demanding of her time. He intimated that he too had schedule demands.

This is why you don't respond to haters. She wrote BACK, basically telling him her academics and life (Did she mention she was an English Major?) were more important than his petty needs, and it was not lost on any of us how much time and effort she'd taken to blast him. Even though she's VERY busy. He wisely decided to let it go. He has books to write.

Why do we ask our readers to write for reviews? It's a suggestion. We're hoping you'll do it, but we won't lose sleep if you don't. We are not asking you to write a thesis. We ask because it's the cheapest, easiest way for us to get exposure. If you liked it, a star rating and a couple of sentences are all that's needed. If you hated it, please feel free to do the same. Most of us, (Not all, but that's another blog) won't bite.  Hell, a handful of stars will do the trick if you're in a hurry.

I repeat:It's just a suggestion! No need to slam us, especially if you might end of working alongside us. By the way, he gave us her name too. I'm not sure if that's fair or vindictive, but I'm guilty of being glad he did it. I don't want to work with someone like that. Writers DO have feelings, you know.
Posted by Thoeba at 12:12 PM 2 comments: Links to this post