I am a Fearless Armadillo.

BWA-HAHAHAHAHA! (Wipes a tear away.)

Just the task of marketing alone must be a testament to the determination of writers everywhere. You know just how serious you are about making it in this business if you are willing to struggle in the futility of finding readers for your hard work.

No, writing is not for the casual dabbler. First you have to write the book. Then you either find an agent and/or a publisher. That requires hours of writing emails for people who often ignore you or frequently reject you. Writers also need the skin of an armadillo. BE the armadillo!

Once you've done that, someone (the editor) will pick apart your work, but it's for your own good, and the good of your work. Be the Armadillo.

Then comes interviews, blogs and reviews, which can be fun...until someone doesn't like you or your work. DON'T piss off a blogger. I had one blogger 'friend' me on Facebook, and send the post she was going to publish. I POLITELY corrected her spelling of 'Thoeba', it's a common mistake for an invented name, and she blasted me, saying it was MY fault she misspelled it because she'd only copied and pasted everything. She went on a Facebook rant about 'disrespectful authors'. She didn't name me, but told all her friends to 'PM' her for details. Ouch. I am an armadillo. 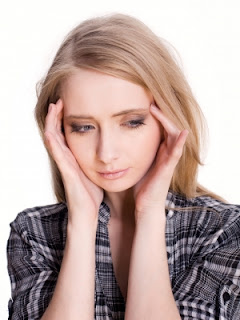 Now I'm finding myself in a place where I've got the goods, but nowhere to put them. I've been looking at self-publishing. I'm a sweating armadillo. Now I have to learn how to format properly and meander around things like 'Createspace'. (Insert panicked laughter here.) I'm barely tech savvy enough to write my own blogs. I've done enough research to know that I will need an expensive editor. My grammar isn't up to snuff, and I doubt my knowledge of legalities is either. Time to toughen up, and open my wallet. Time to learn things and try something I never wanted to do. Sometimes you have to do things BECAUSE you are afraid of them.

I am an armadillo, and I really wish I could curl into a tight little ball right now.
Wish me luck.

Posted by Thoeba at 7:05 AM No comments: Links to this post

When did I become such a sap? Yes, this is a cat blog, but no, it's not about Spartacus Jones or Freya. It's about an orange cat with orange eyes I've named 'Thor'.

The first time I saw him, he was sitting in our driveway with Spartacus and our neighbor's cat 'Charlie'. He was skinny, skittish and didn't have a collar, so naturally, I had to try to befriend him.

Cats without collars stress me out. All I can think about is...Are you abandoned? Do you have a safe place? Are you hungry?

We've been feeding him. He lets us touch him, and Spartacus will actually watch him wolf down food without getting territorial or jealous. In fact, Thor follows Spartacus right into the yard. I think Spartacus wants a little brother. He never gets nasty with Thor.

Thor is polite, even though his table manners are atrocious. He scarfs down his food, rubs around my husband and I, chirps a little thank you and runs away. He's made it as close as the porch, but won't come in.

I worry. I hurt for the little beast, but my husband is far more stoic. Thor seems more like an actual stray than an abandoned cat. He's thin, skittish and clearly not fixed. (Is it normal for cats to have testicles the size of peach pits?) He's a little warrior.

Dan reminds me that this is his normal life, being outdoors foraging or scavenging food. He doesn't know he's missing anything. The weather is nice, and Thor doesn't seem to be suffering. He isn't cold, and he probably has a good hiding place during the day. We always have water out. Nights have been nice.

I've been reminding myself I have time to gain his trust. Summers are short in my province, but I have at least three months before the weather gets ugly. Maybe by then, he'll be ready. Maybe not. In the meantime, I'll just keep leaving a dish of wet food on my porch. I'll keep looking for that empty dish in the morning. I'll keep searching for a little patch of orange.
Posted by Thoeba at 11:05 AM 2 comments: Links to this post