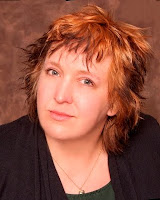 I get a lot of private messages from people wanting to write books. I try to answer as well as I can. I don't really have the time or the patience to devote to mentoring, but Hey...we all have to start somewhere. It is NOT lost on me that if my former critique partners hadn't given me a chance and taken the time to show me how it's REALLY done, I wouldn't be the writer I am today.

I wouldn't be just 'average'. I'd be worse than average. I'd be the painfully average writer who didn't understand why she sucked. Having straight A's in English and Literature doesn't automatically make you a good writer. It's more complicated than that. Also, if you want to be a writer, prepare to be humbled, no matter your skill level.

So the next time I get a message asking me about how to write a book, I think I will direct them to this blog. Here's a few pointers:

1. First of all: Accept criticism and advice. Especially if you requested it. Put your ego away. "No one became great by being told they were great." Stephen King. Even Mr. King himself doesn't get it right on the first draft.

Example: "Donna, you are not the narrator. Lose the 'God' voice. Real writers don't do that. You need to learn what a POV is." Incidentally, POV stands for 'Point of View'. I discovered I had to write from the character's viewpoint, not mine.

2. Do some research: Writing a fictional story in Egypt? Research their clothing,food, belief systems, everything. Is your book set in Salem, Massachusetts but you've never been there? Better Google Map it and  learn everything you can about the history--even if it doesn't coincide with the story you're writing. You'll still need atmosphere and texture. Writing about Dukes and Duchesses? Study everything about their caste system for starters. If you don't...someone who knows about it WILL call you out on it, and you are cheating your readers who are relying on you to give them a thorough experience through fiction. NOTE: If you are writing NON-fiction, based on your life and experience? Read books and quote others besides yourself. Why would anyone buy your advice based solely on your own experiences?

Example: Real Vikings never wore horns on their helmets. That's a movie thing. Real vikings were only about five foot six tall. They ate venison, duck, and berries. They were the first known humans to be able to consume milk from other animals--and that was goat milk.

3. Build a platform and practice: I give this advice a lot, but what does it mean? It means you start a blog or a newsletter and develop a social media presence. (Facebook, Twitter, Scrivner, Linked In, etc.) You let people know that you're out there in the world of writing and you have serious intentions. You will need a following and to connect with writers of your genre. You will also learn how to hone your craft and what your demographic/audience wants from you. This will also train you to write regularly. If you can't commit to a blog, how will you write a book?

Example/Personal Experience: Dive in. Don't be scared. PROMOTE yourself and advertise. Use the free social media at your fingertips to your advantage. Use it often. My biggest downfall in marketing is I have a hard time selling myself. I don't want to be that person, who is constantly hounding you to buy my book. Well...that's why I don't sell a lot of books. Don't be afraid to pass out bookmarks to everyone you meet and say, "Hey! I have a book and a blog and you should check it out!" NOTE: Vistaprint is a great, inexpensive way to create bookmarks and other promotional materials.

4. Believe in your own work:  I don't subscribe to the idea of "Never be caught learning to write." If you do that, you will never have the courage to publish, and you'll spend years working on something that will eventually outdate itself. Or worse? Someone else has the same idea and publishes first. Give it your best shot NOW and cringe later. This won't make you feel better, but most writers are highly critical of their own work--even after it's published.

Example/Personal experience: I know someone with a brilliant idea for a zombie series. He's been on it for over ten years. It's just not good enough yet. I told him to commit. Make it happen. Don't wait a few more years for it to be perfect, because there's no such thing as perfect. Do you want your legacy to be "Could have published a great zombie series?" Get an editor, or at least beta readers,  and get started.

5. Use better verbs and less obvious adjectives. Avoid cliches. Why say, "He hated her like the plague., and he wanted so badly to kill her. " When you could say, "He despised her and fantasized about burying her belly to the hilt of his sword." Much more graphic. Why say 'run' when you can say, sprinted, tore, raced or charged? The Thesaurus is your friend. Why use a worn metaphor? Why not use your own disgust to create one? Like, "I hated her like vermin on my last loaf of bread." or  if you're writing a modern piece, something like--" She drove me to madness, like the consistent drizzle of the bathroom faucet. The unrelenting hiss always reminded me of my grandmother's resentment." Something like that. Make it sound personal.

Example/Personal experience: While looking for another word in the dictionary, I tripped on the word "Perspicacious." I love that word, and I did realize that people would probably have to look it up if I used it. Then again, describing Dr. Thompson's perspicaciousness lent him memorable, creepy insight that made the reader aware of his uncanny intelligence and ability to predict the outcome of his plan.

There are MANY more tips for writing, but it really comes down to this: How bad do you want it? If you think it's easy, think about the measly five points you've read here and whether or not you want to do them.  If you've skimmed over this blog and shirked them off as unimportant then maybe professional writing isn't for you.

If you're still excited, and still interested...Well...Welcome to the frustrating, mind-wracking, insomnia-inducing, yet still incredibly rewarding world of writing. I'm wishing you luck!

Posted by Thoeba at 3:06 AM 5 comments: Links to this post