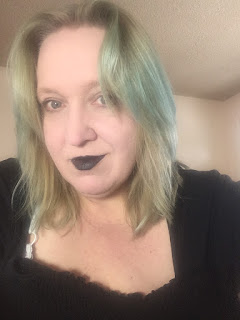 I had a bad day. So I'm writing, and cuddling cats. I took some vitamin D because it's winter, and a lack of sunshine always seems to make things worse.

But I can't write like I used to. I miss it terribly. There are two holes in my heart--one for Dad and one for writing.

When my father died, my writing became a source of pain. I'm not even sure why. Apparently, he thought Thoeba was really good. All I know is when I opened a page, and began to type words, I would cry. I couldn't stop. Maybe it was because of the words he'd never see. Maybe...I can say that tears are threatening to surface now.

My Christmas wish is to write again, free of sadness and lingering doubts. No, not the usual doubts--every writer has those, just the 'I miss my father' kind of doubts. The doubts I don't understand.

Used to be, when a bad day happened, I could immerse myself in my writing. It was joyful work, for the most part, and I miss it.

I used to write every spare moment I had. Now I stare at Facebook and cuddle my cats between work, sleep, and eating crap I order in because now I don't cook much either.  Not that cat cuddles are a bad thing.

I'm spending Christmas with my Mom and my sister this year. They're easy to buy for. Dad became easier after I met my husband. I learned what a man wants for gifts.

Favored memory: One year, I bought my father a Navigator Saw. I saw it on TV, and the selling point, was that it was such a small, but powerful thing, it could cut through pipe. I'll never forget the look on his face when he opened it. The first thing he said was, "Did you know these things can cut through pipe?"

Years later: I open a large box. It's a couple of Tide boxes cobbled together by my mom, and it holds a strange black carrying case. I open it to find a Navigator Saw. I look at Dad, who is beaming smuggly. "I liked it so much I thought you should have one of your own. Since you're a homeowner now..."
I've digressed, but it feels right.

So Dear Santa/God/ The Universe...can I have the freedom to write again? Can I have the ability to type without sadness? It's my Christmas wish... since I can't have my father back.